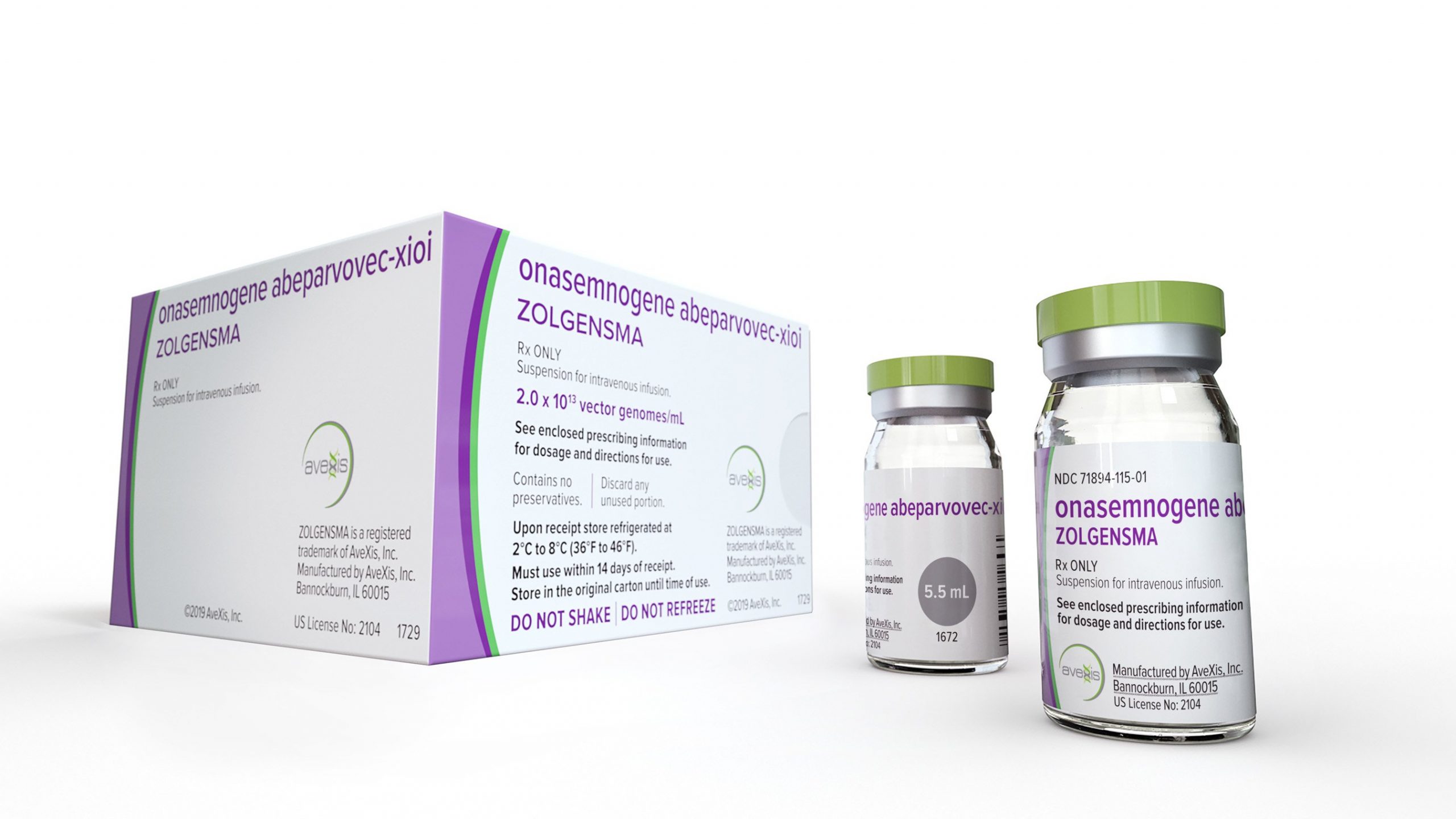 In phase 3 data from the Spr1nt study presented at the European Academy for Neurology virtual congress, Zolgensma met its primary and secondary goals of helping patients sit independently for at least 30 seconds and helping them survive to 14 months of age without mechanical help breathing.

In the open-label study, investigators tested the gene therapy in a total of 29 patients six weeks or younger who had a genetic diagnosis of SMA, plus two or three copies of the protein coding gene SMN2, but had not yet developed symptoms.

In Friday’s presentation, investigators reported results specifically for the 14 patients with two copies of SMN2. All of them were alive at 14 months of age, compared with an expected 26% in the natural course of the disease.

All patients could sit independently for 30 seconds, while 11 could stand independently and nine could walk independently, Novartis said. None of the patients required nutritional or respiratory support during the trial.

While 10 patients experienced side effects that were likely treatment-related, none of those cases was serious.

RELATED: Novartis cites ‘transformative’ data on Zolgensma as it rolls out SMA gene therapy in Europe

The results show that when patients were treated with Zolgensma before symptom onset, they not only were surviving, but “thriving,” Novartis Gene Therapies chief medical officer Shephard Mpofu said in a statement.

Read More:  Not all data is meaningful data

“When you consider these newborns would go on to develop severe symptoms of SMA Type 1, a devastating, progressive disease that robs children of the ability to talk, eat, sit up and even breathe, findings from the Spr1nt trial are nothing short of extraordinary,” Mpofu added.

Meanwhile, investigators also wrapped up the Str1ve study, testing the drug in patients 6 weeks or younger with SMA Type 1 who had bi-allelic SMN1 gene deletion or point mutations and one or two copies of SMN2. In that study, 82% of patients achieved developmental milestones not typically seen in the natural course of the disease.

Previously, Novartis touted interim data from the Str1ve trial showing most patients achieved milestones beyond what would be naturally expected.

The results come as Novartis’ gene therapy faces off against Biogen’s entrenched SMA drug Spinraza—which won its initial approval in late 2016—and Roche’s new oral entrant Evrysdi. The latter drug scored an approval in August and represented an attractive option for many patients during the pandemic because it doesn’t require a visit to a treatment center.

Novartis launched its gene therapy in 2019 after a groundbreaking FDA approval. Sporting a list price of $ 2.125 million, Zolgensma is the most expensive medicine in the world. Novartis says that the drug’s nature as a one-time treatment and strong data support the price, and cost watchdogs on both sides of the Atlantic have agreed.  So far, more than 1,200 children have received Zolgensma, Mpofu said.