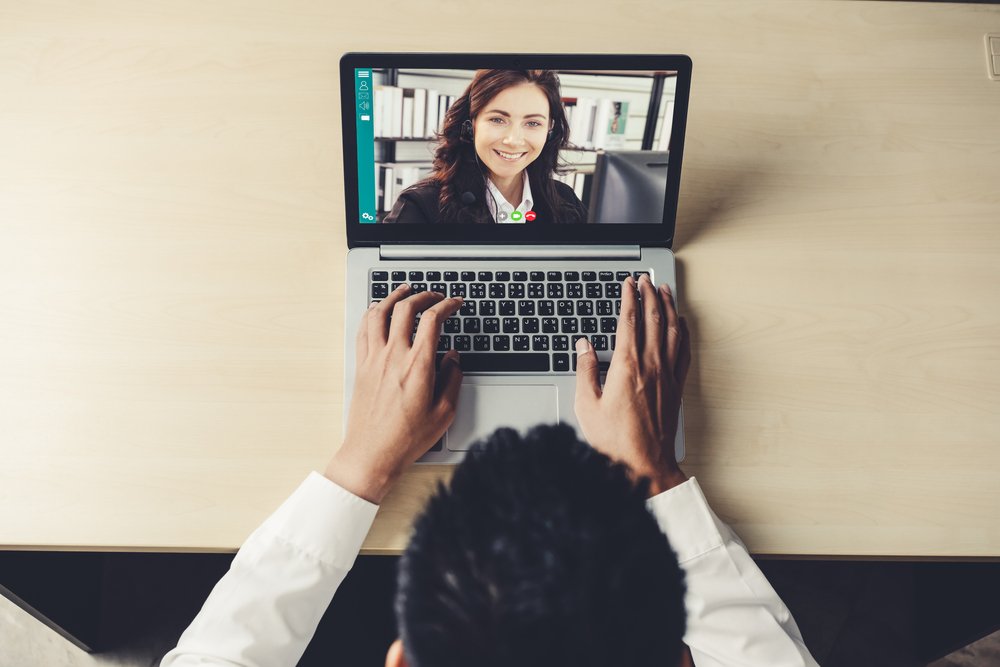 The orders from the state seemed to come suddenly, although we all knew we would have to adjust our methods of treating our clients, the news wasn’t good, and seeing anyone in person was treacherous since many still thought it was a hoax and they didn’t believe they needed to be cautious.  Some would wear a hazmat suit if they could get their hands on one. As a psychiatric nurse practitioner, I typically see clients for a half-hour for medication management and/or for 50 minutes for therapy.  How would I make this work, this “telehealth,” since I could not shut down for any length of time without preparing them for this change?

For some, they welcomed the orders to stay home, so identifying those who would not do well hunkering down and providing support was imperative.  However, I had no time to set up any policies or procedures for how these sessions would be conducted but would have to ”fly by the seat of my pants” like everyone else. I have a private practice in Maine where many people have limited access to the internet, and some only have landlines since cell phones don’t always work well with the many “dead zones” throughout the state.  It would be a challenge, but one where I would learn a lot more about my clients than I ever could in just my office.

At first, clients weren’t too sure they liked the idea, but they would try it since this would be the only access to me that they would have.  Many would connect while they sat in their cars bundled up from the cold as they got their best reception “just down the road.”  To say it was a challenge is an understatement.  Despite the pandemic, phone numbers continued to change, which then caused clients to not get reminder calls or emails so they would forget their appointments more often despite being on stay-at-home orders.  Many had limitations on their minutes to use, and they certainly didn’t want to use them up in a session, so half-hours often came down to 15 minutes or less, which in primary care is the norm.  If we were lucky, they would be able to do FaceTime with me.  I quickly became aware that clients felt that since I was coming to them, there weren’t any rules of engagement on their part.

Read More:  Five women strip off to show 'imperfect' bodies are nothing to be ashamed of

I witnessed homes that could be used for the Hoarders show and others where laundry piled extremely high was the backdrop.  They smoked during our sessions, which enabled me to bring up the idea of quitting—the state would be pleased with how often I was able to push their agenda.  My most shocking moments came when an elderly man took me on a walk to his bathroom, where he quickly completed his business as I witnessed this from the blatant sound effects as he continued to talk during the whole “visit.”

Even though many sessions were being held in the late morning or afternoon, a percentage would often still be in bed or would use this as a means to be comfortable for our “chat.”  Being in bed is one thing, but in bed in just your birthday suit hit the limits.  Some felt their spouses should be involved while having their session in bed with minimal nightwear on, and  I watched in horror as one spouse popped a pimple on her husband’s back.  I didn’t have an appetite anyway, which saved me from returning the favor of them witnessing me at my lowest.

Now that we have been given the green light to have visits in person, many clients prefer to keep telehealth.  There is also a percentage of clients who do not favor being vaccinated until I inform them I will not be seeing anyone in person who is not vaccinated for my own protection as I am beyond the age of retirement.  For many, it’s a long ride to get to my office as they live in remote towns.   Some parameters need to be set for these visits if they are to continue, as I’ve seen many of them at their worst. Now I’d like to witness them with their best face on and upright.