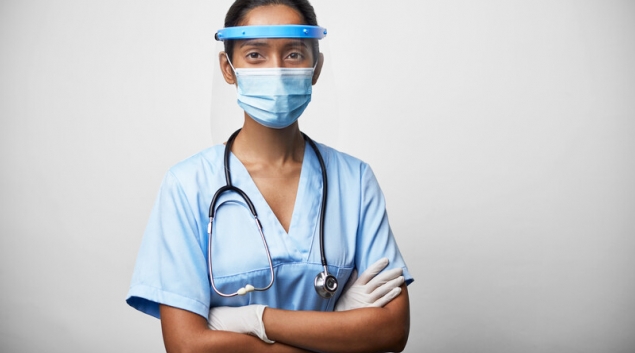 COVID-19, against a background of growing awareness of health inequities, has expanded how we define population health. New laws, policies and funding have helped spur solutions.

The Black Lives Matter movement, begun in 2013 to highlight the deaths of Black men and women by law enforcement, has swelled to include an honest assessment of the disparities in healthcare between white patients and people of color.

The background of rising awareness was already in place by March 2020 when the pandemic took hold and amplified everything. The vaccine rollout highlighted even more the disparity among vulnerable populations.

“That was sort of our ‘ah-hah’ moment,” said Valerie Rogers, director, Government Relations for HIMSS, the parent company of Healthcare Finance News. “I think COVID highlighted the issue. I wouldn’t say it was the reason. For some time, we’ve had conversations at multiple levels.”

The impact of COVID-19 is felt, most severely, in communities of color, yet the disparities seen over the past year have not been the result of COVID-19. The pandemic has illuminated inequities that have existed for generations, said Centers for Disease Control and Prevention Director Dr. Rochelle P. Walensky.

Walensky said this on April 8, when she gave this bottom line: Racism is a serious public health threat.

“What we know is this: Racism is a serious public health threat that directly affects the well-being of millions of Americans,” Walensky said. “As a result, it affects the health of our entire nation.”

Twice as many Blacks as whites have died of COVID-19. That number goes up to 2.4 times the rate of whites when comparing deaths among American Indians and Alaskan Natives. For Hispanics and Latinos, the death rate is 2.3 times as many whites; for Asian persons, it’s one time the rate, according to data released by the CDC in March.

The number of cases and hospitalizations are also much higher for non-whites: 3.7 times for American Indian and Alaskan Native; 3.1 times for Hispanic and Latino persons; 2.9 times for Blacks and African Americans; and one time the rate of whites for Asian persons.

Interestingly, the rate in the number of COVID-19 cases per race and ethnicity is not as dramatic. The CDC gives no reason in its March data, but said race and ethnicity are risk markers for other underlying conditions that affect health, and that includes socioeconomic status, access to healthcare and exposure to virus-related occupations, such as being a frontline worker.

The population most at risk has a direct correlation to race and ethnicity.

Mass General Brigham and Johns Hopkins Medicine physicians have called for the elimination of harmful language in clinical medicine and the use of diagnoses such as “Red Man Syndrome,” which undermine health equity.

Read More:  Heart problems after COVID-19: what we know now

The pandemic has also drawn attention to mental health. The American Psychological Association has said it wants to see stronger enforcement of The Mental Health Parity and Addiction Equity Act, which mandates that employers that offer mental health coverage provide it on the same footing as physical health coverage.

The Association of American Medical Colleges (AAMC) President and CEO Dr. David J. Skorton has called out the importance of allowing doctors to provide gender-affirming care to transgender youth.

The Robert Wood Johnson Foundation has defined health equity as when “everyone has a fair and just opportunity to be as healthy as possible.”

The $ 1.9 trillion American Rescue Plan that President Joe Biden signed into law in March includes an estimated $ 15 billion for vaccines and therapeutics; more than $ 50 billion for testing, tracing and mitigation; $ 7.6 billion for the public health workforce; another $ 8.6 billion for public health investments, such as to community health centers; about $ 4 billion for mental health and substance use disorders; over $ 219 billion for payments to states, territories and tribal governments to mitigate the fiscal effects from the pandemic; and another $ 130 billion to metropolitan cities and local governments.

For people who recently became unemployed, the legislation provides a 100% COBRA subsidy for those who lose their health insurance because of involuntary job loss or reduction in hours between April 1 and Sept. 30. Black and Latino workers have experienced greater job losses and rates of unemployment in the COVID-19 economy.

“The primary goal of the $ 1.9 trillion American Rescue Plan Act of 2021 is to help the nation recover from economic, health, and social devastation of the COVID-19 pandemic,” said Dr. Lisa A. Cooper, Dr. Joshua M. Sharfstein and Dr.  Rachel L.J. Thornton, in “What the American Rescue Plan Means for Health Equity.” “Yet the law will accomplish even more. Many of the provisions will have important implications for health equity among communities of color and other disadvantaged groups.”

Both were part of a Johns Hopkins Bloomberg School of Public Health panel last week that discussed how the legislation and funding will help health equity.

There will be “more representation at the table that hasn’t been represented before,” Cooper said. It will go directly to alleviate childhood poverty and to a large extent, impact communities of color by closing gaps in access to medical care, she said.

Panelist Chrissie Juliano, executive director of the Big Cities Health Coalition, said the American Rescue Plan isn’t just about the funding, but is a response to think about the bigger picture.

“This is trying to move us to a place to make communities healthier,” Juliano said.

The workforce, and in particular youth unemployment, will be impacted by the $ 7.6 billion provided for the public health workforce, said Tony Mazzaschi, chief advocacy officer for the Association of Schools and Programs of Public Health. It’s also going to have a huge impact on students graduating from public health schools, he said.

There’s already been a reaction in the 40% increase in the number of applicants wanting to go into public health, Cooper said. And there’s more diversity in the applicant pool, especially among African Americans and Hispanics, signaling their interest in public health.

While most of the money is available until expended, there is pressure to get the money out the door, participants said.

Panelist Carolyn Mullen, chief of Governmental Affairs & Public Relations, Association of State and Territorial Health Officials, said she would like to see more data modernization for informed decisions to be made in real time.

HIMSS has urged President Biden to prioritize the role of health IT in enabling reforms and has issued a call to action report to help modernize health data systems, according to Rogers.

“From a HIMSS advocacy perspective, work is around data modernization and looking at policy around a global perspective to see how lessons learned can be applied to the U.S. or the other way around,” she said. “One of the major issues that governments at all levels struggled with had to do with the ability to pinpoint those populations really strained by the pandemic. What became very clear [was] our data systems were not robust enough; we were not capturing the demographic data. Also, that the public health infrastructure has not been at all interoperable.”

In other funding, last week Biden released his first discretionary budget for 2022, which includes investments in medical research, the healthcare workforce, and addressing the opioid epidemic, health inequities and disparities.

It includes a 23% increase in Department of Health and Human Services funding and in that, $ 267 million for domestic HIV testing, prevention and treatment programs.

Unlike the striking lack of National Institutes of Health funding in the American Rescue Plan, there’s $ 51 billion for the NIH in the budget proposal.

“In particular, the president’s proposal to provide $ 51 billion for the NIH holds the potential to be truly transformative in driving medical and health advances that will benefit people everywhere,” said Skorton and AAMC Chief Public Policy Officer Karen Fisher.

“COVID-19 shed light on how health inequities and lack of federal funding left communities vulnerable to crises,” said HHS Secretary Xavier Becerra. “The president’s funding request invests in America, addresses racial disparities in healthcare, tackles the opioid crisis and puts us on a better footing to take on the next public health crisis.”

The day after Biden was sworn in as president, he established, by executive order, a COVID-19 Health Equity Task Force charged with making recommendations to eliminate health and social disparities that result in disproportionately higher rates of exposure, illness, hospitalization and death related to COVID-19, and for preventing such inequities in the future.

Biden’s actions, especially the American Rescue Plan, have been compared to the New Deal put forward by another Democratic president, Franklin Roosevelt.

But change, especially in regard to having the data available for interoperable solutions, including for health equity, began earlier.

“I do think it’s a good example of the government using all of the policy levers to look at these challenges creatively,” said Jeff Coughlin, senior director of Government Relations for HIMSS. “We would say both administrations have tried to use all available policy levers to try to make sure people have access to care, that data is flowing across the healthcare ecosystem. I think the money put forward as part of American Rescue Plan and the Cares Act has made a huge difference.”

The Trump administration took action immediately to throw off the shackles of regulatory infrastructure, establishing a more adaptable environment and telehealth provisions, he said. There’s been strategic action around building the structure for interoperable platforms for broadbase data exchanges.

“The pandemic has really catalyzed across the board a lot of creative solutions,” he said, “not just in the U.S., but globally.”